In November 2010 we bought our first Border Terrier who we named Barney. 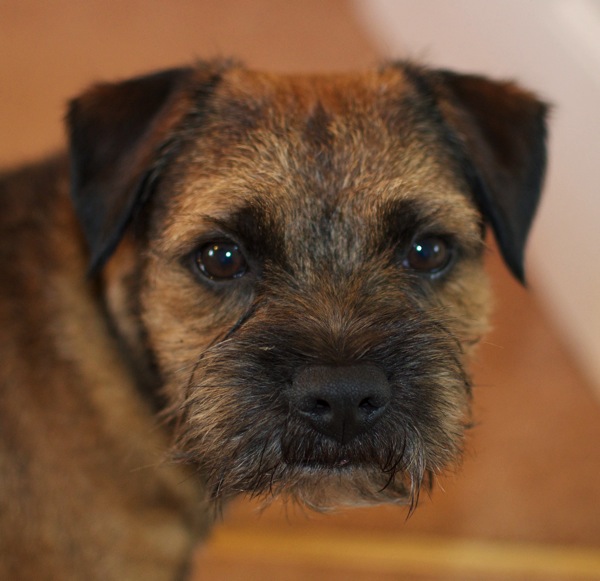 Border Terriers differ from most other terriers in that they do not have a manicured appearance, being essentially a working dog. Their rather dour expression belies their true loveable and affectionate character. These dogs love being with people and make very loyal and affectionate pets responding well to love and attention. They are intelligent and quick to learn, but can be slow to obey if confronted with something else they would rather be doing – like chasing other small (or even large e.g. deer) creatures.

After 2 and a half years with Barney we decided to get a second Border Terrier, largely as we felt Barney would benefit from some doggy company. The relationship with his human companions had become a little unhealthily intense.

Thanks to a local breeder who had helped us with Barney, we were put in touch with one of the top Border Terrier breeders in the U.K. who had a 3 month old male for sale. In May, Toby came to join us. 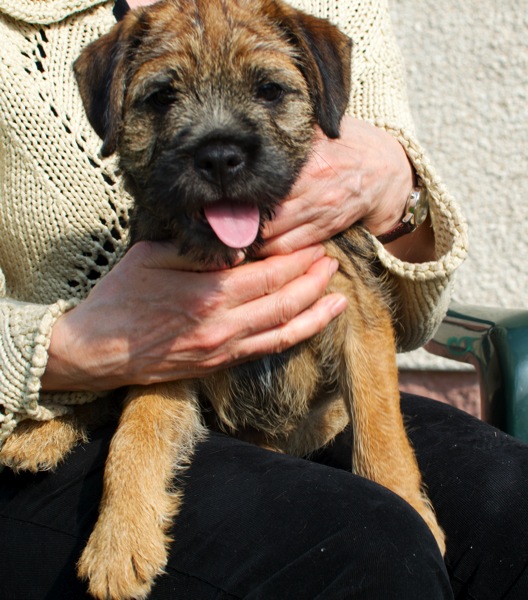 Toby the day he arrived 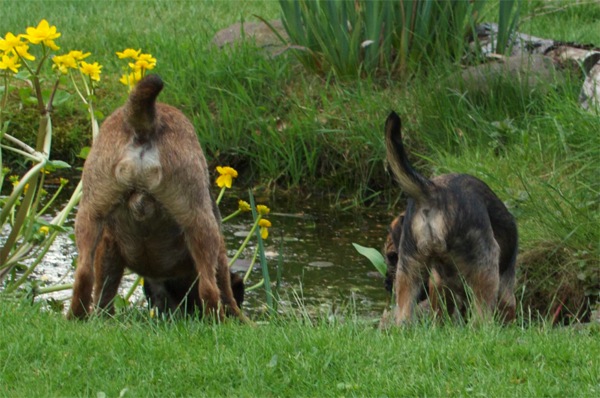 Drinking in the pond with Barney 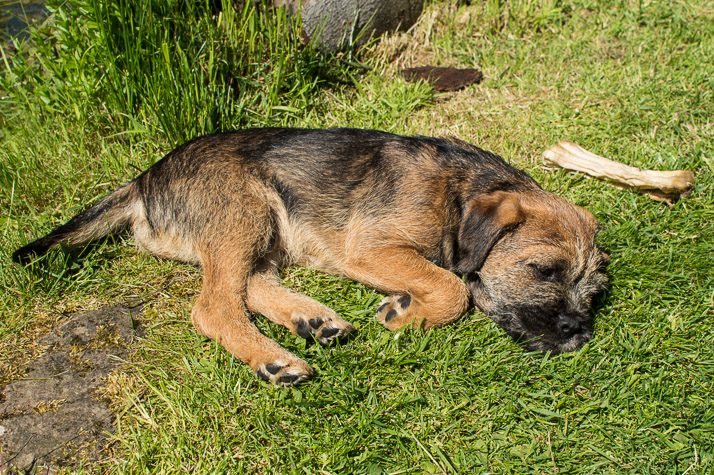 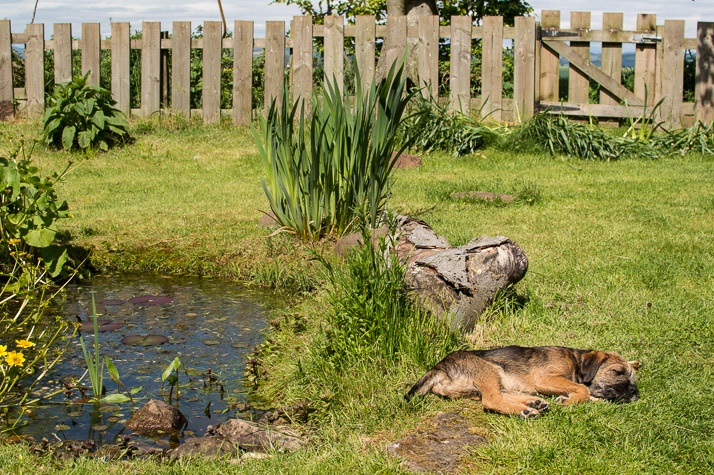 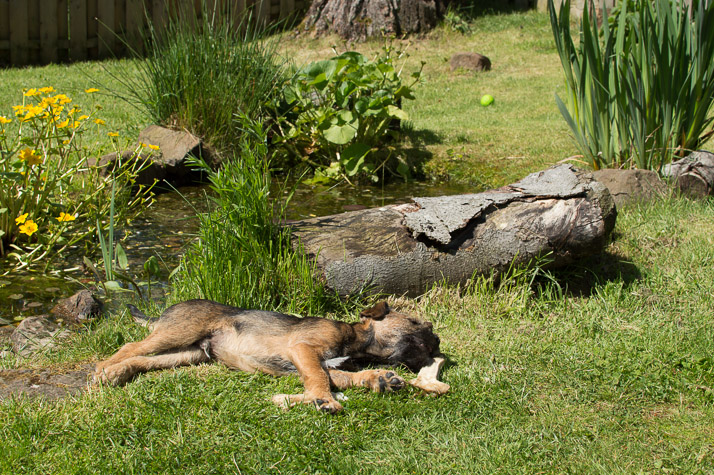 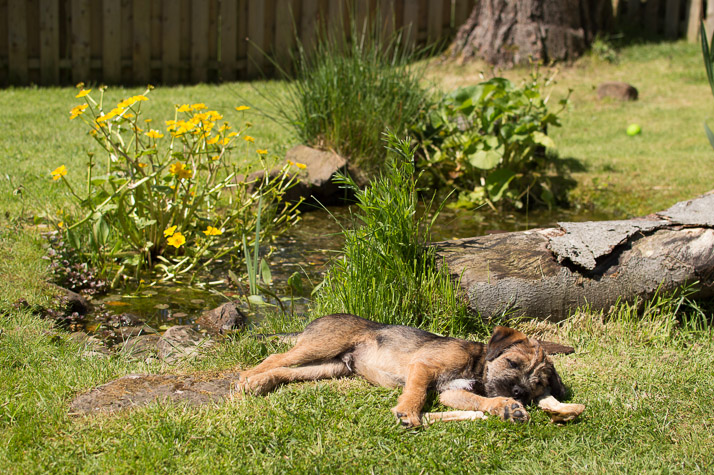 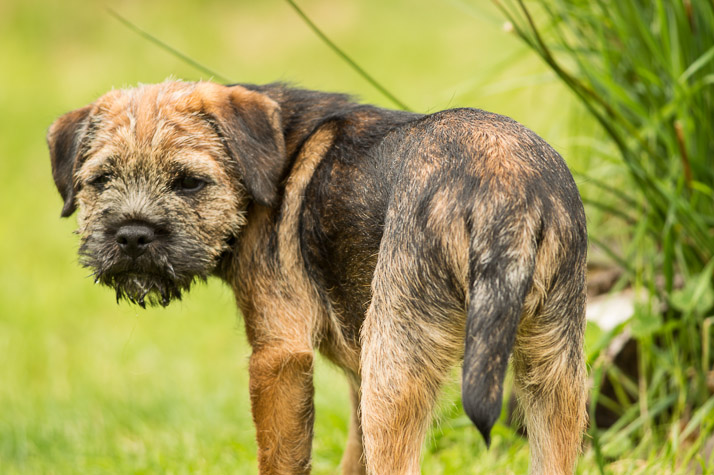 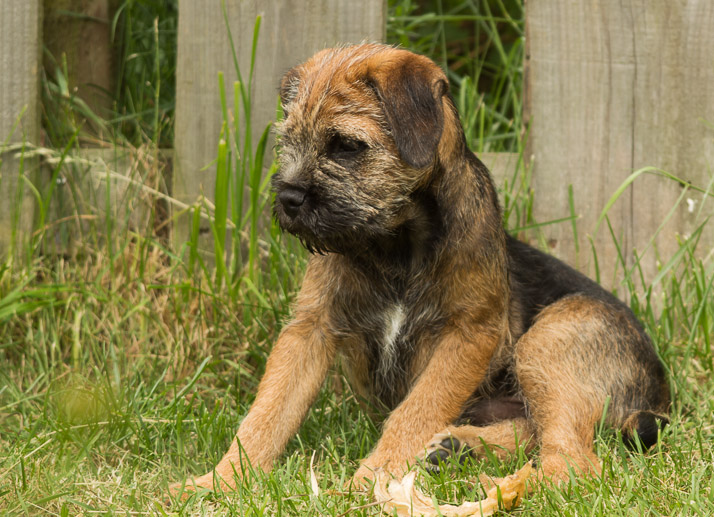 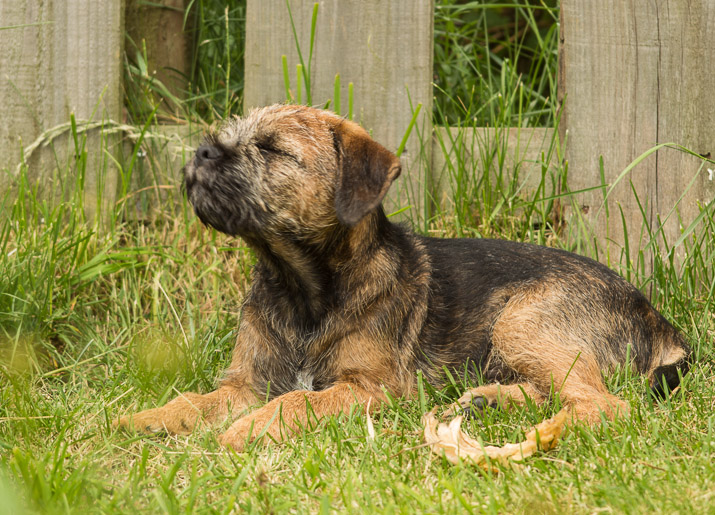 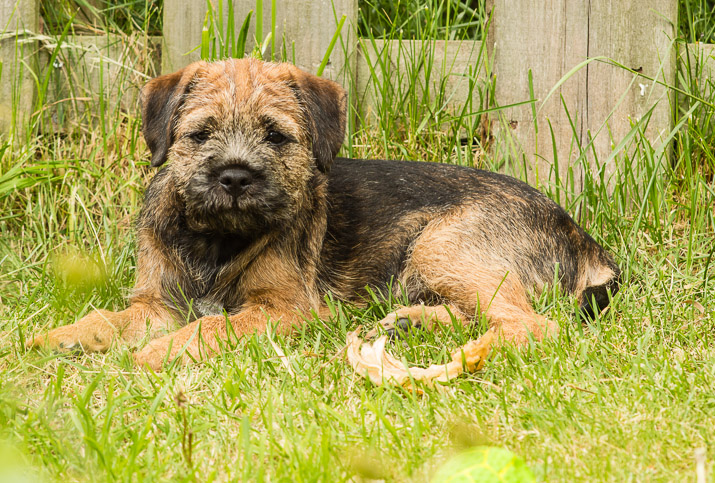 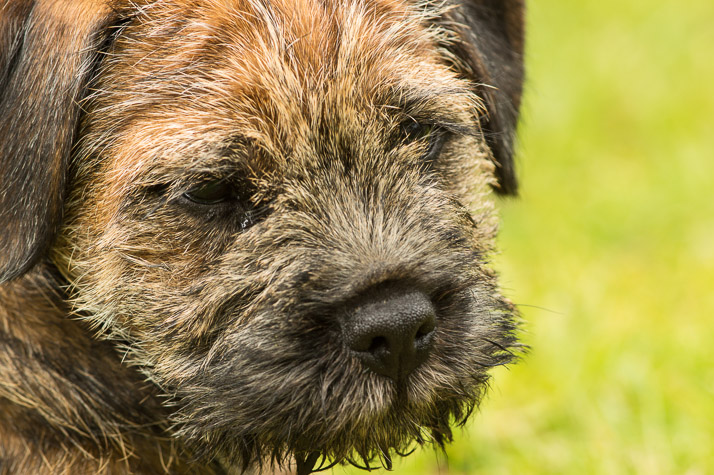 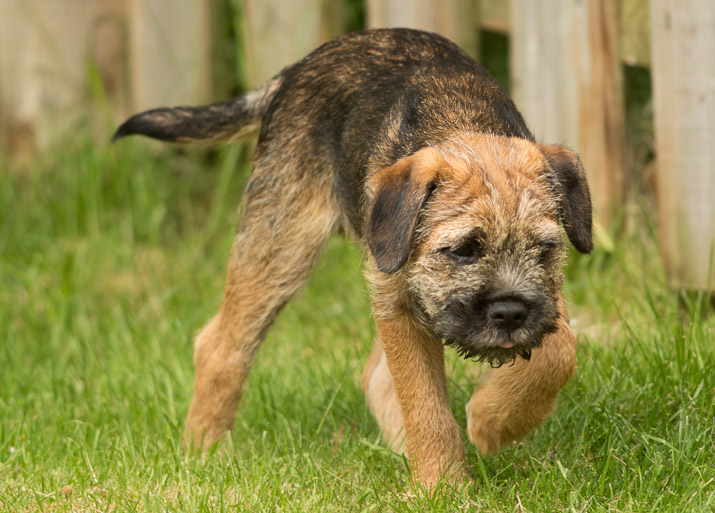 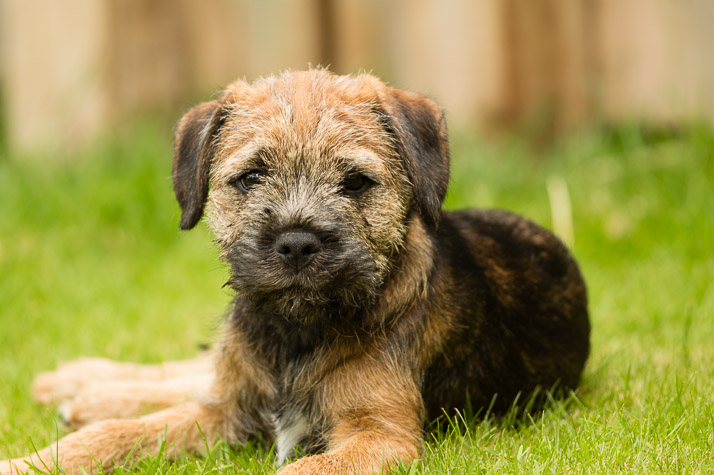 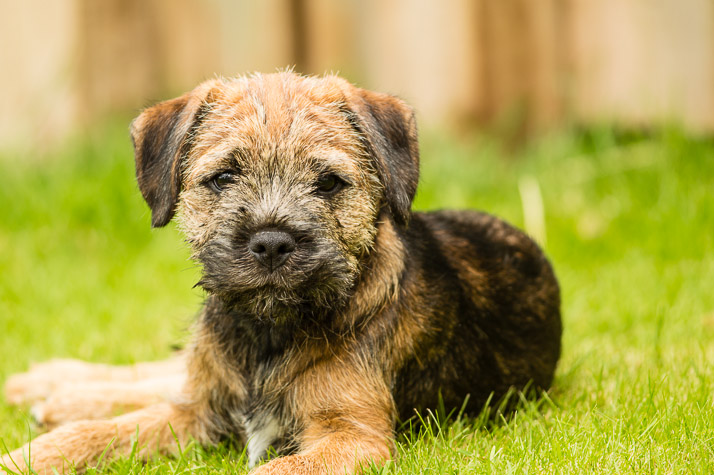 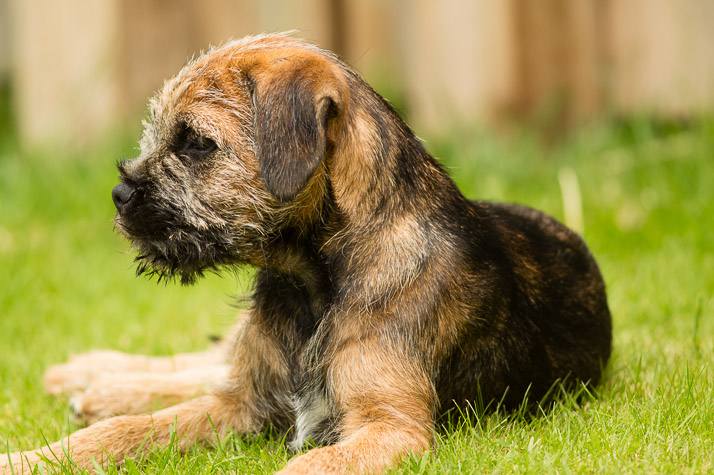 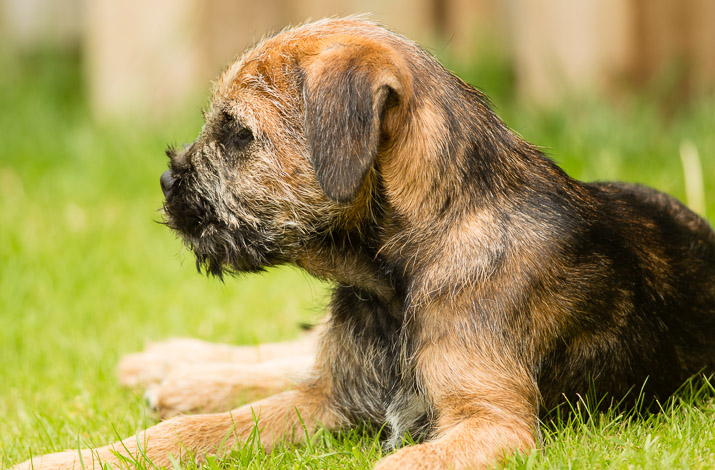